Classic Country 98! Playing The Best Classic Country, Outlaw Country, Bluegrass & Old-Time Music! WBRF 98.1 FM is the home for NASCAR and is the Flagship Station for the Wake Forest Demon Deacons! The classic country format can actually be further divided into two formats. The first specializes in hits from the 1950s through the early 1980s (this including music that is older than almost any other radio format in the United States), and focus primarily on innovators

Artists from country music’s Golden Age (including Hank Williams, George Jones, and Johnny Cash). The other focuses on hits from the 1980s (including some the above-mentioned performers) through the early 2000s, some pre-1980s music, latter-day Golden Age stars and innovators such as Waylon Jennings, Willie Nelson, and Merle Haggard to newer recurrent hits from current-day artists such as George Strait, Garth Brooks, Alan Jackson, and Reba McEntire. 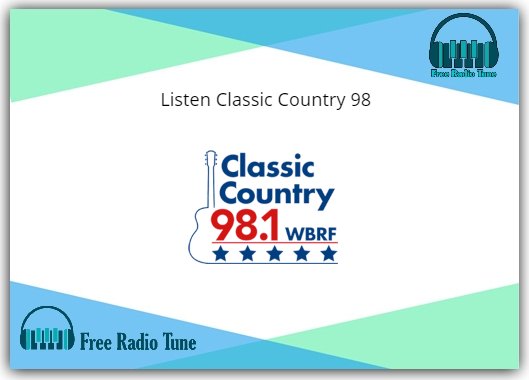