KHAR AM is one of the most famous online radio station on Alaska. KHAR AM is a commercial sports radio station in Anchorage, Alaska, broadcasting on 590 AM. The station features programming from CBS Sports Radio network. On May 1, 2013 KHAR changed their format from adult standards to sports, with programming from CBS Sports Radio. Until the switch, the station was one of very few commercial stations in Alaska which managed to retain its format throughout and beyond the era of broadcasting company consolidation which began in the 1990s; KHAR had programmed an adult standards format, or minor variations thereof, since at least the 1970s.

KHAR went on the air in 1961. The station was founded by Willis “Bill” Harpel, who previously worked at KFQD and owned stations in Washington state. Harpel founded Sourdough Broadcasters, and would launch KHAR-FM (now KBRJ) and KHAR-TV (now KYUR) prior to his accidental death in January 1968. His family, particularly widow Patricia and son Craig, would continue to run Sourdough Broadcasters for many more decades. During its earlier decades, KHAR, like many AM stations, aired a general format, including music and news. Notable aspects of early programming included broadcasting messages to Bush residents, a practice once fairly common amongst urban broadcasters in Alaska, but found on very few stations today. The station was also noted for carrying the commentaries of Ruben Gaines, a onetime poet laureate of Alaska known for creating the character “Chilkoot Charlie”. KHAR programmed an adult standards format, or minor variations thereof, from at least the 1970s until 2013. The station’s branding, Heart Radio 59, was also featured for decades. KHAR was one of very few commercial stations in Alaska whose format more or less remained intact during the era of broadcasting company consolidation which began in the 1990s. 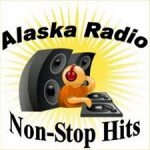 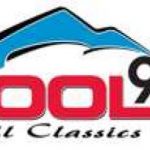 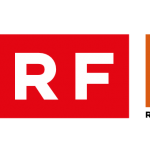