The modern-day territory of Albania was at various points in history part of the Roman provinces of Dalmatia (southern Illyricum), Macedonia (particularly Epirus Nova), and Moesia Superior. The modern Republic became independent after the collapse of the Ottoman Empire in Europe following the Balkan Wars. Albania declared independence in 1912 and was recognized the following year. It then became a Principality, Republic, and Kingdom until being invaded by Italy in 1939, which formed Greater Albania. The latter eventually turned into a Nazi German protectorate in 1943. The following year, a socialist People’s Republic was established under the leadership of Enver Hoxha and the Party of Labour. Albania experienced widespread social and political transformations during the communist era, as well as isolationism from much of the international community. In 1991, the Socialist Republic was dissolved and the Republic of Albania was established.

Albania is a parliamentary republic. The country’s capital, Tirana, represents its financial and industrial heartland, with a metropolitan population of almost 800,000 people out of around 2.9 million Albanians. Free-market reforms have opened the country to foreign investment, especially in the development of energy and transportation infrastructure. Albania has a high HDI and provides a universal health care system and free primary and secondary education. 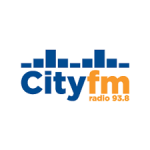