Radio Birtouta is broadcasting from Algeria. Radio Birtouta is one of the most famous online radio station on Algeria. You can share your interest’s and preferences regarding music of Radio Birtouta and the radio will try its best to reflect your preference regarding their decoration and selection style of their various kinds of programs and musical tracks which they will broadcast non stop around the clock just for you.

Birtouta is gradually losing its cachet of an agropastoral municipality, as concrete encroaches on agricultural land, hence the shrinking of the land surface which leaves no room for agriculture and And its corollary of the milk sector, also in marked decline. Birtouta, with a population of 25,000 in the early 2000s, now has twice as much, given the city’s many relocation operations. Birtouta is no longer this bucolic village barely bigger than a pocket handkerchief, but a rural village having gained in urban growth and demography … galloping, this is explained by the extension of the housing stock, continued The creation of two mega-ensembles of urban dwellings, one called Colonel-Athmane with a capacity of 1,680 units in 2009 and the other in the Sidi M’hamed area with a capacity of 2,100 apartments for Housing the flood victims of Bab El-Oued and the earthquake of Boumerdes. In order to absorb the deficit in school infrastructure, there were four colleges, one secondary school and two primary schools. During the 2007 and 2008 financial years, the reception of an ALDA site of 766 dwellings and as many projects in progress, which already predict 70,000 inhabitants by 2016, was recorded. 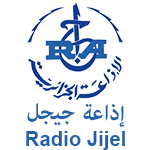 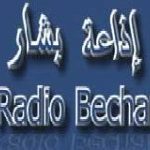