Play 99.6 has the widest reach of English radio in Jordan. Its listeners are between 15–30 years old. Play 99.6 is headquartered in Amman, Jordan. Play 99.6 FM is one of the best online radio on Jordan there are only a few radios out there that have the wow thing like Play 99.6 FM does. Founded in 2004 the station is part of the Modern Media Company, which also owns Sunny FM. The station plays English songs from around the world using the Top 40 model as well as broadcasting celebrity interviews (for example Sean Paul).

History: Play 99.6 was founded by entrepreneurs Ramzi Halabi and Zafer Younis in October 2004. The station initially had 5 team members, Lee McGrath (the morning show’s on-air presenter) joined the team from the UK soon after they started. In 2007, the station won international recognition by the National Association of Broadcasters, winning the “NAB International Broadcasting Excellence Award”.

In 2007, Play 99.6 brought comedians Maz Jobrani, Ahmed Ahmed, and Aron Kader (Axis of Evil) to perform four sold-out events in Amman. The performance was the first stand-up comedy ever to be hosted in Jordan. Following the success of the Axis of Evil performances, the station broadcast shows by Arab-American comedians Dean Obeidallahand Maysoon Zayid. In 2008 the station hosted magicians The Evason’s and comedian/magician, Derek Hughes. Play 99.6 is a sponsor for Project Peace.

The campaign was repeated in 2007, Queen Rania called the morning show presenter during the final days of the drive to commend their work and encourage more people to donate toys. In 2008, the station launched a campaign around Amman to promote local musicians, bands, artists, and photographers. Thanks to his appearances on Play 99.6, Jordanian musician Hanna Gargour was featured in a documentary by the BBC in 2008. 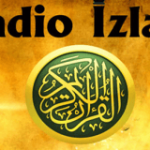 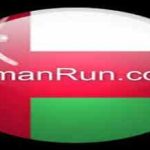