2ser 107.3 (which stands for Sydney Educational Radio) had its origins in the burgeoning community broadcasting movement of the early 1970’s when it was proposed that an educational radio station be established based on a consortium of Sydney universities. 2SER made its broadcasting debut on October 1, 1979, with the support of many hundreds of groups and individuals.

Today, 2ser 107.3 operates as a company limited by guarantee and is jointly owned by Macquarie University and the University of Technology, Sydney. Both institutions contribute an annual grant to 2SER, however the station is largely self-supporting, relying upon revenue raised through programming, sponsorship, fund-raising events and listener subscriptions.

2SER holds a community broadcasting license with a special interest defined as educational broadcasting. Through its programs, and the making of programs, 2SER aims to stimulate learning and educate its listeners and is committed to social change, access and diversity.  Throughout its development, pop music has absorbed influences from most other genres of popular music. Early pop music drew on the sentimental ballad for its form, gained its use of vocal harmonies from gospel and soul music, instrumentation from jazz, country, and rock music, orchestration from classical music, tempo from dance music, backing from electronic music, rhythmic elements from hip-hop music, and has recently appropriated spoken passages from rap. 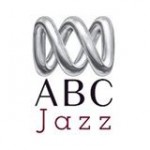 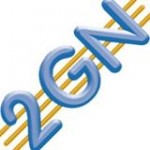