Information: The station was launched in 1998 as “88.6 The music channel.”, Though was “88.6 Live” communicated prior to the name. Later, he called himself “88.6 The Supermix” or “88.6 The Supermix Vienna” and “88.6 – We play what we want”. Meanwhile the transmitter reenters under “88.6 The music channel” on. In October 2005, the station adopted the slogan “We play what we want” from the conventional format radio. The relaunch then brought a new, loose style moderation and an enormously enlarged choice of music with them. The program was based not only on successful titles of the 1980s and 1990s and current hits, but also rarities in musical history that have no place in conventional format radios. It did not matter what year or what genre they are attributed. They played music from all decades and all musical styles. In addition, there were half-hourly and hourly traffic information messages (10 minutes hour before every full). Claim and music format were there inspired by American Jack FM format.

In mid-May 2012 merged with 88.6 HiT FM. With the merger, the slogan “We play what we want” again tilted. Since then, an approach to the transmission scheme of a format radios can be seen. However, the program is in Lower Austria further other than that in Vienna and is listed as 88.6 The music station in Lower Austria. The site of HiT FM was abandoned with the merger The program in Lower Austria and Burgenland are sent from St.Pölten from. Music and moderation for the Vienna, however, as previously sent from Vienna Heiligenstadt. 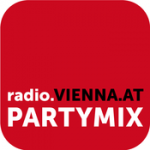