Media FM broadcasts to the regions 24 hours a day, 12 months of the year. Media FM is own music radio station. With a great mix of jazz, blues, folk, world and classical music. Media FM has something for all discerning music lovers.

Azerbaijani music is the musical tradition of the Azeri people, from Azerbaijan and Iranian Azerbaijan. It builds on folk traditions that reach back nearly 1,000 years. For centuries, Azeri music has evolved under the badge of monody, producing rhythmically diverse melodies. Music from Azerbaijan has a branch mode system, where chromatisation of major and minor scales is of great importance.In 1920, Azerbaijani classical music had undergone a renaissance and Baku Academy of Music was founded to give classical musicians the same support as folk musicians. Modern day advocates of Western classical music in Azerbaijani include Farhad Badalbeyli, Fidan Gasimova and Franghiz Alizadeh.

Regional folk music generally accompanies folk dances, which vary significantly across regions. The regional mood also affects the subject of the folk songs, e.g. folk songs from the Caspian Sea are lively in general and express the customs of the region. Songs about betrayal have an air of defiance about them instead of sadness, whereas the further south travelled in Azerbaijan the more the melodies resemble a lament. 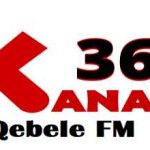 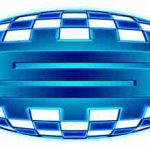