WKM Radio is one of the most famous online radio station on Oruro, Bolivia. WKM RADIO is a station dedicated to the dissemination of adult contemporary music, perfectly combining genres Rock and Pop (classic – Current), bringing our listeners the hits of the 70’s, 80’s, 90’s and best of today’s music. With 19 years on the air, WKM RADIO is firmly slogan fill the space not to any station in the audience of 20 and 55 years earlier.

“Providing the public radio content to form them, inform and entertain healthy by promoting and strengthening the family, social and cultural values, while serving as a bridge between our listeners and authorities in general.”

WKM Radio spectrum appears in the Saturday, August 28 one of 1994 with experimental broadcasts, just shortly after the September 14 the same year, WKM Radio was officially inaugurated in the city of Oruro . Start was operated at the frequency of 95.1 for five years. In 1999 changes to the 91.5 frequency assigned by the Telecommunications Authority . For the year 2013 , following a general provision of government it is changed for the third time and definitively to 91.3 FM frequency. 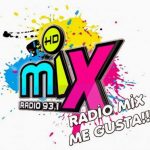 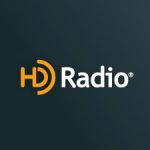