The radio was founded in February 1927 and belonged to Grupo RBS media conglomerate. Rádio Gaúcha is considered the most prominent radio chain in Brazil, with more than 143 stations in seven Brazilian states.

Radio Gaucha broadcasters believe in providing real music variety so that listeners can enjoy a vast catalog of known and unknown tracks. 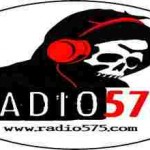