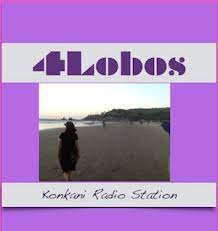 To keep our Konkani Mai Vas live and for all Goans abroad or outside India, Konkani language music from the beautiful state of Goa in India is being played at this station.
Goa Media refers to the newspapers, magazines, radio stations, cable and television networks and online media in the smallest state of India (30,000 sq km, population 1.6 million).
Goa-linked online media (both in exile and from the region) has grown over the past two and a half decades.
Over the years, the media has dramatically changed since the early 20th century as a battleground for influential lobbies (caste-based elite or politically divided groups) in local Catholic society, largely controlled by influential and educated local elites.
After the end of Portuguese rule in 1961, a new newspaper was established, linked to the influential local mining lobby.

This has also changed in recent years, with some sections of the media becoming more politically allied, or affiliated with large business entities in Goa and its environs (especially Maharashtra).