Known as “The Friendly Voice of the Maritime”, the location in the centre of the Gulf of St. Lawrence allowed CFCY’s 5,000-watt daytime signal to reach portions of Newfoundland and Labrador, Quebec and New England as well as most of the Maritimes. 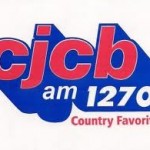