The station originally began broadcasting as CJNH in 1975, on the AM band at 1240 kHz and partially rebroadcasting CJBQ in Belleville to the south. CJNH was given approval by the Canadian Radio-television and Telecommunications Commission on March 2, 2001 to convert to FM, and moved to the FM band at 97.7 FM in May 2001 with the new callsign CHMS. 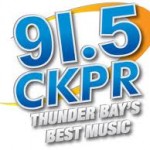