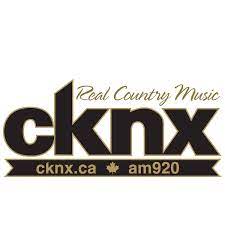 You are listening CKNX AM 920 Radio that is located in Wingham, Ontario, Canada. It is providing Country, Hits, Classics and Bluegrass Music. CKNX is a Canadian English language radio station.

CKNX is a Canadian radio station, which broadcasts at 920 AM in Wingham, Ontario. The station broadcasts a classic country music & news format. CKNX is also an affiliate of the Toronto Blue Jays radio network.

The station was originally launched in 1926 as an informal broadcasting experiment by local businessman W. T. Cruickshank, who aired live and unscripted programming provided by customers of his repair shop.

In its original incarnation, the station was simply known as Joke, but proved so popular that Cruickshank applied for an amateur broadcasting license and the station formally became 10BP by 1930.

In 1935, the station was officially licensed as commercial radio station CKNX, on 1200 AM. CKNX was affiliated with CBC Radio’s Dominion Network until 1962.

The station briefly moved to the 1230 frequency in 1941, and to its current 920 frequency a few months later. In the late 1940s and 1950s, the station’s Saturday Night Barn Dance was one of the most popular and influential radio programs in Ontario.