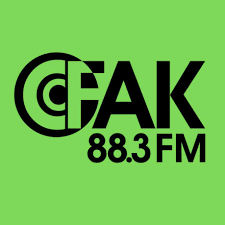 CKXU 88.3 FM is a Not-for-profit live radio station in Canada. It is broadcasting at 88.3 FM, from the University of Lethbridge, in Lethbridge, Alberta, Canada.

Ckxu began as CKUL in 1972, when a public address system was set up in Section A of University Hall at the University of Lethbridge to broadcast musical content inside the building from mid-morning to early afternoon.

The station was managed by a three-member executive under the auspices of the University of Lethbridge Students’ Union.

The CKUL Radio Society was incorporated in October 1977, to govern the affairs of the station, and a year later the Canadian Radio-television and Telecommunications Commission (CRTC) granted the society a licence to broadcast at 530 AM.

Even in those early days, the Board of Directors of the station began examining the possibility of a move to the FM band by increasing the number of daily broadcast hours and developing the long-term income streams necessary to fund such an operation.

On October 23, 1978, CKUL-AM signed on to the radio spectrum for the very first time with national anthem, broadcasting at a mere 25 watts, the AM transmitter was of such low power that it was drowned out by the time it reached the parking lot of the university, by a station originating in Montana.

However, the move to AM still represented a major step forward in the development of the station. CKUL was now a bona fide radio station, broadcasting 65 hours per week with 25 DJs rather than irregularly with only a handful of programmers.