Depressive metal rock Radio “DEATH” is a popular radio Channel which is broadcasted 24h/3654. The intention of this Channel is to offer its listeners an alternative source of music from the public radio. Depressive metal rock Radio “DEATH” advantages includes many things such as Targeted-style metal, no publicity and no tedious interruptions by the DJ’s. They only broadcasts metal music. 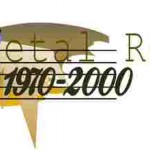