CKLW is a 50,000-watt, Class B, AM radio station broadcasting on the frequency of 800 kHz (AM) and located in Windsor, Ontario, serving Windsor and Detroit.

AM800 – CKLW is a broadcast radio station in Windsor, Ontario, Canada, providing Community News, Talk, Sports and Information. CKLW is the local Town Hall, the Canadian perspective in a sea of U.S. media.

CKLW is a 50,000-watt, Class B, AM radio station broadcasting on the Mexican clear-channel frequency of 800 kHz (800 AM) and located in Windsor, Ontario, Canada, serving Windsor and Detroit. CKLW uses a five-tower directional antenna with differing patterns day and night, to protect Class-A clear-channel station XEROK-AM in Ciudad Juárez, Mexico, and other neighbouring stations on the same frequency.

CKLW was an internationally known Top 40 station in the 1960s and 1970s. During this era, CKLW used a tight Top 40 format known as Boss Radio, devised by radio programmer Bill Drake. However, CKLW never actually used the handle “boss” on the air, just the style. Rather than a Boss 30, CKLW’s weekly music survey was known as a Big 30. And instead of calling itself Boss Radio, CKLW called itself The Big 8. During this period it was the top-rated radio station not only in Windsor, but across the river in Detroit, and even in cities as far away as Toledo and Cleveland in Ohio. 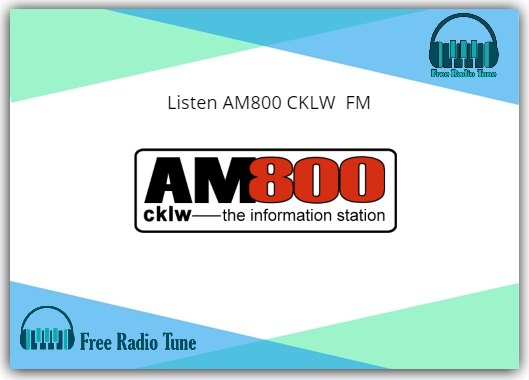