CHMP-FM is a French-language talk radio station serving the Greater Montreal Area and licensed to the off-Island suburb of Longueuil.

CHMP-FM is a French-language Canadian radio station located in Montreal, Quebec. Owned and operated by Cogeco, it broadcasts on 98.5 MHz with an effective radiated power of 40,800 watts (class C1) using an omnidirectional antenna atop Mount Royal. CHMP’s studios are located at Place Bonaventure in downtown Montreal.

The station identifies itself as “98,5 FM” and is one of the few full-time FM talk stations in North America to broadcast in stereo. The station has a few music blocks, during weekends. 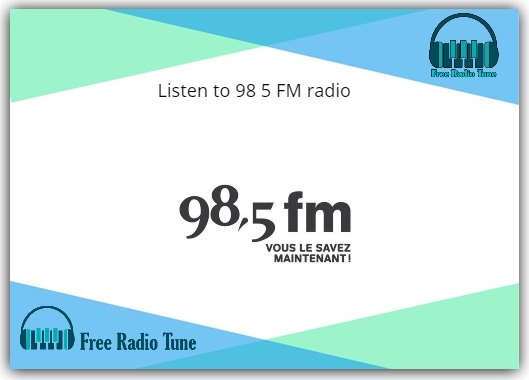