History: Caracol Radio Chile was a radio station that went through several re-formulations, his last musical formula a distinctly feminine radio, in addition to changes of frequencies (95.3 to 97.1 Topper).

Radio Caracol was a brand that was brought from Colombia prior to purchasing the pack of Caracol Colombia by PRISA, the station was managed in its early years by Christian Wagner, who remained in office until PRISA buy Caracol. In 1999, CRC buy Classica 97.1 from Bezanilla Radio, the first thing they did with Classica was merge with Caracol Music, hence came the name Caracol-Classica as transition period, keeping the musical style of the Ex-Classica. It was late 1999 when the melting period ended with the arrival of the 40 Main 95.3 finally installing the Caracol Music 97.1 and changing its musical profile by a radio Anglo music and Jazz-Blues. (The latter inherited from its predecessor Radio Classica)

In 2001, Caracol changes to a female profile, was his last musical style before ending forever.
In 2003, PRISA-CRC eliminates snail Chile, in his replacement arrives international brand Besame Radio dedicated to the Latin romantic music, managed by Tuto Castro before returning to his native country (Colombia). 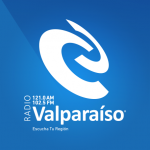 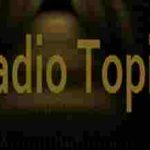