Radio Nuevo Mundo was founded on 26 as maypole as 1932 . Originally it was called Hucke Radio. The New World has a long journalistic tradition and its news program “Entretelones” whose motto is “What’s behind each story.” It is also the oldest of national radiotelephony. It was created in the 50s , by the journalists Hernán Miles and René Olivares . To average the 60s , its radial house was located in Alameda street Serrano, in the building now occupied by the Ministry of Housing, from where he moved to 115 State Street and remained for 37 years. Until the end of the first decade of the 00’s, the radio United States was in street # 246, to finally settle in San Pablo Avenue # 2271, in Santiago Centro. Today, the radio offers its listeners a varied program, including journalistic, cultural and musical spaces, which characterize it as a means of independent and critical communication, a spokesman for the poorest sectors of society and broad social sectors.Interactivity with its auditors, is one of its characteristic features. 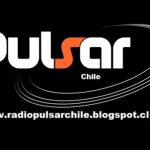