Emisora Cultural Universidad de Antioquia live broadcasting from Colombia. The first cultural radio station in Colombia, Cultural Issuer University of Antioquia, presented through this multimedia project, a sample of the sound recording of our music library, one of the largest university music libraries in Latin America, the number of files it owns and voices by the conditions of preservation has been given in compliance with international conservation and quality protocols.

Campus radio (also known as college radio, university radio or student radio) is a type of radio station that is run by the students of a college, university or other educational institution. Programming may be exclusively by students, or may include programmers from the wider community in which the radio station is based. Sometimes campus radio stations are operated for the purpose of training professional radio personnel, sometimes with the aim of broadcasting educational programming, while other radio stations exist to provide an alternative to commercial broadcasting or government broadcasters.

Campus radio stations are generally licensed and regulated by national governments, and have very different characteristics from one country to the next. One commonality between many radio stations regardless of their physical location is a willingness — or, in some countries, even a licensing requirement — to broadcast musical selections that are not categorized as commercial hits. Because of this, campus radio has come to be associated with emerging musical trends, including genres such as punk and new wave,alternative rock, indie rock and hip hop, long before those genres become part of the musical mainstream. Campus radio stations also often provide airplay and promotional exposure to new and emerging local artists. 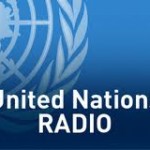