The station began broadcasting on 1. January 2002 as a local Prague radio station. Even though the station is relatively sharp style and limited in time, in a short time gained its broadcasting great popularity among listeners. The station is gradually expanding the network of terrestrial transmitters and broadcasting are expanding to other places in the Czech Republic. Its signal covers the Prague, Central Bohemia, part of eastern Bohemia, South Bohemia and Highlands. Also broadcasts on the Internet and DAB + . Atings station is still rising, has over 410,000 listeners a week. 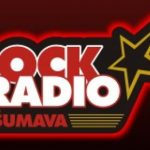