Radio CRo6 live broadcasting from Czech Republic. Radio CRo6 is a famous online radio station on Czech Republic. Czech Radio 6 has contributed to the establishment of a modern public radio station, which would be a model of good and serious political journalism. Czech Radio 6 – analytical affairs station, aimed not only to commenting on political events, but especially on the approximation of the formation, development and life of civil society Czech Republic and European countries. Broadcast programs focused on culture, economy, historical events, religious life, ecology and interviews with interesting people. He dealt with the issue of national minorities. Devoted to the topics that are discussed by both you and us.

May 1, 1951 in the ether came “Calling the voice of a free Czechoslovakia, Radio Free Europe”. They waited to freedom of both our nations, we waited almost unbelievable relocation throughout Free Europe in Prague, where the first shows aired 1 July 1994. The circuit Radio 6 on this project originally also involved the BBC, Voice of America and Deutsche Welle. Today, on this circuit BBC and Deutsche Welle is broadcast, but increased foreign broadcasts ČRO 7th

Establishing it was decided in the United States in 1949, in reaction to the communist takeover in Czechoslovakia, censorship and increasing restrictions on freedom of speech. Regular broadcasts began in Bavaria, Munich, which became the headquarters of Radio Free Europe for more than four decades. One sad event was the assassination, which in 1981 committed by a group of international terrorists to order the communist bloc. Three colleagues were badly injured, an entire wing of the building was demolished. However, broadcasting was interrupted for a few minutes. 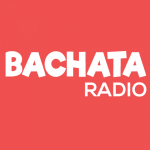 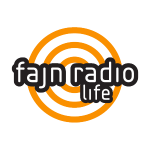