Studio 88.5 FM Live broadcasting from Santo Domingo,Dominican Republic. Studio 88.5 FM is one of the most famous online radio station on Dominican Republic. Making a bit of history, HILK 88.5 FM station (originally 88.6 Mhz) was identified as “Mirador Stereo” in the 70’s, then in the 80’s as “La Brava”, in tropical musical format (Salsa and Merengue) , Remembered for his contributions to Dominican locution, as its owner, Don Otilio Castro Luperón, gave many opportunities to the young values ​​that arose for the time in the Dominican radio. At the end of the 90’s, this frequency became part of the company TeleRadio América, believing the project “Studio Rock”, in a musical format “Oldies”, that placed the music in English of several decades, from the 60’s to the 80’s. The station was initially run by Maria Victoria and then by Igor Ureña.

For the year 2003, the company Teleradio America decided that the musical programming of the station should make a turn to be able to penetrate, with a broader range of action, within an adult population of 25 years and above, social class ABC. To do this, the word “Rock” was removed from the station’s name and the “88” was added, hence the name “Studio 88” and created a programming based on placing only ballads in Spanish for the last 3 decades and The most interesting programs of national and international events. 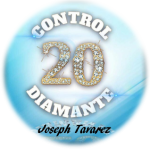