The Voice of Life Radio is staffed by a team of supportive, dedicated Christians employed in Kingdom-building. The Team, made up of full-time and part-time Staff and Volunteers, desires the continuation of this radio ministry and conscientiously works at bringing to our listeners the best in programming, mindful always of our Mission and Vision.

In the year 1974, two foreign missionaries, Evangelist Bob Post and Wayne Nauman (both now gone to be with the Lord) from Tulsa Oklahoma in the USA, arrived on the island of Dominica on a two-fold mission – to conduct a crusade; and to seek an appropriate location for the construction of a Christian Radio Station.

From the several sites visited, one which greatly captured their attention was a part of Stowe Estate belonging to Mr. Stanley Fadelle. It is a beautiful breath-taking spot on a hill-top overlooking the Atlantic Ocean with a horizontal view of the French Island of Martinique, and the village of Grand Bay to the south. Having received permission from the Government of that day and secured the sight for the Radio Station, the missionaries left Dominica with the intention of returning shortly to begin construction of the Radio Station. 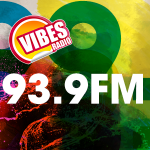 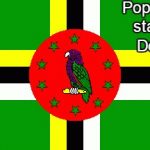