it is a Top 40 CHR musical radio network and radio station brand in many Spanish-speaking countries from This Radio The station has its origins as a music show at Radio Madrid, today Cadena SER in 1966, where the 40 Principales chart was born, then evolved into a spin-off radio station in 1979. In 2006, the chart celebrated its 40th anniversary. The brand’s network in Spain has more than 4,000,000 listeners alone.

Some stations under this brand name are owned and operated or are licensed by Grupo PRISA to use the brand. Some 40 Principales stations are operated by a local broadcasting company and affiliated with the company that holds a license to use the brand from Grupo PRISA. Each 40 Principales network typically broadcasts its own national feed from its respective country. Most Los 40 Principales networks generally air Spanish-language and English-language contemporary hit music that mostly includes U.S. American, Latin American, Pan-European, and British singers, and bands. Some stations air more Latin Top 40 music while some more European and English-language music and others more Reggaeton. It has a high rotation playlist consisting mainly of tracks from its private chart. The main music genres that can be heard are Pop, Pop-rock, and some House music. 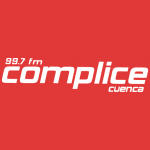 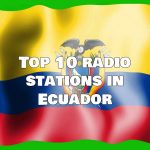 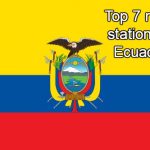