Radio Rumba Network live broadcasting from Guayaquil, Ecuador. Radio Rumba Network was born on May 1, 1989 as a radio station dedicated to the programming of tropical music becoming one of the first and highlighting in the salsa genre. With the passage of time the station became an icon for lovers of salsa and sponsored numerous concerts by great artists.

But Radio Rumba Network did not remain stagnant and as a medium of communication evolved to offer its audience new alternatives in areas of news and sports without leaving aside its musical essence. In sports we have made the station become a reference for sports in the FM, and we also have a full morning news and short news during the day. Radio Rumba Network reaches most of the Ecuadorian coast in its different frequencies being 107.3 FM for Guayaquil and the province of Guayas besides Santa Elena, and 95.9 for Los Ríos.

To be responsible protagonists in forming the public opinion with sensible and equanimous criteria regarding subjects that involve the daily coexistence, using for the effect programs that disseminate information, culture, orientation and entertainment, maintaining in this way the professional principle of a quality service with Leadership and creativity. 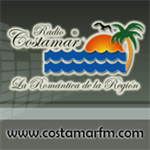 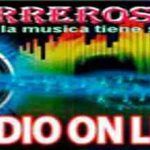