History: Radio Moreeni is currently the only university-owned radio station in Finland. Moreeni was born in late 1989 under the name Yliopistoradio (University Radio). The first editor-in-chief and the person who set the guidelines for the station was Seppo Huiku. He wanted Moreeni to be a station for everyone in Tampere, as well as the university. Even then, Moreeni wanted to break down boundaries – to bring the university closer to its surroundings. Seppo Huiku moved on to pastures new in Spring 1994. His duties were handled by Olli Ylönen until the Autumn of the same year, when Liisa Riekki assumed the helm at the station. She further increased Moreeni’s ties to local cultural life and organisations. However, two years later Liisa Riekki was invited to join the morning show on MTV3. Ritva Alpola then stood in for her, and is now a regular staff editor at Radio Moreeni.

In Autumn 1998 Jari-Pekka Vuorela was chosen as the editor-in-chief. His extensive knowledge of jazz meant that several new music shows were added to the programme schedule. In Spring 1999 the station broadcast a 62-part programme series on Duke Ellington, hosted by Vuorela himself. Maarit Virkkula entered the post of editor-in-chief in Autumn 2001. Her association with Radio Moreeni began during her years as a student at the University of Tampere. Since the fall of 2004, she has worked for Yleisradio, the Finnish public service broadcasting company.

After Maarit Virkkula, there was Mervi Leino who worked as the managing editor four years from August 2004 to June 2008. Now she works at the National Audiovisual Archive. 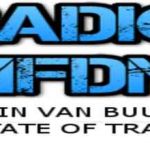