Radio Nostalgia is 11. February 2011 started up a commercial radio station . The year 2012 the beginning of a new concession period began in which the channel was expanded to read as the capital of the region, but also in Turku, Tampere , Espoo and Oulu . In summer 2012, Radio Nostalgia also expanded in Porvoo, Jyväskylä and Lahti. The channel is Radio NRJ Finland Oy owned. Radio Nostalgia received a license in 2014 in Vaasa, Finland.Radio nostalgia has been granted a license extension from 11/05/2015 Loimaa, Parkano, Pihtipudas, Rovaniemi and Savonlinna.

Radio nostalgia has been published in May 2016 by the National Radio Survey 426 000 weeks listener. Listeners 52% are women and 48% are men. The channel listeners are mostly over 45 years old. The radio station’s service area is home to 3.4 million Finns. The channel is aimed at Finnish middle-aged. It plays older music as its name suggests. The channel will ring, for example, domestic and foreign hits from the 60’s, 70’s and 80’s. Radio Nostalgia is part of the in 1981 established the French NRJ administered by the largest radio chain. Finland In addition to Radio Nostalgia include 11 other countries, such as France, Belgium , Portugal and Lebanon. Radio nostalgia slogan is “Good Mood Radio”. 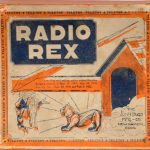 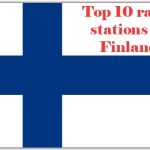