Radio Nova live broadcasting from Helsinki, Finland. Radio Nova online station plays popular artists music with various music genres like Adult Contemporary, Top 40 around the clock 24 hours live online. It is one of most popular radio station in this country among the people of all ages. Besides its musical programs this radio station also arrange many other programmes occasionally.

Radio Nova is a news started Finland’s only fully nationwide commercial radio station. Channel sent news and weather reports in the past every hour around the clock every day of the year, now the news is sent to the hour on weekdays between 6-18. Also, traffic can listen to Radio Nova. The channel has a very strong image of the traffic, because in addition to traffic information it sends Fridays and Sundays transport weight of said program, Radio Nova traffic. The first nationwide radio license granted 26.9.1996 Finnish Broadcasting Company News , which started broadcasting in May 1997 under the name Radio Nova. Earlier, the government had refused to grant national radio licenses, but the filing of the 1996 MTV Oy was founded by Finnish News Radio Ab together for large parties of close communication with the companies, when the permit was granted to this company. At that time, there were five more to license applicant.

Radio Nova’s CEO was hired worked Classic Radio Managing Director Petri Manninen. News editor in chief began in February 1997 Broadcasting shifted Risto Pohjanpalo and program director Sami Jalonen Classic FM. Radio Nova’s first music was hired as Head of the Finnish Broadcasting Company YLE’s Early Music Manager Arto Vilkko. Radio Nova’s name came up chief editor Risto Pohjanpalo. The name was originally registered elsewhere, but it was abandoned by the holders of charge for the Finnish News Radio. Radio Nova’s program scheme was initially the news four times per hour. Ground level and the side were sähkeuutislähetykset and 15 and over 15 free from short-term headlines the hour. However, this dense news service stated soon as listeners tiring and adopted the practice, which has been going on so far. The hour comes the actual news broadcast and the side of the news report.In the first years of prime-time classes are also two current stories on foreign and domestic issues. In 2011-2012 Nova’s facilities were modernized with a heavy hand, among other things, the studio moved to a place in the middle of the building. 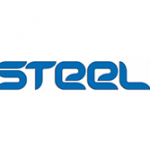