Die Neue Welle is one of the most famous online radio station on Garmany. Die Neue Welle broadcast various kind of latest hip hop, classic, dance, electronic etc. music .
Die Neue Welle of sympathetic local stations for the conurbations of Karlsruhe, Pforzheim and Baden-Baden, offering largest regional competence. the new wave sends more music and more variety from 4 decades, which is supported by regular market studies and listener surveys. Entertainment with competent and likeable presenters from the lives of the listeners, a lot of music and local information available in the program format in the foreground, which appeals to a core target group between 30 and 49 years.

Germany claims some of the most renowned composers, producers and performers of the world. Germany is the largest music market in Europe, and third largest in the world.[1]

German Classical is one of the most performed in the world; German composers include some of the most accomplished and popular in history, among them Johann Sebastian Bach, Ludwig van Beethoven, Franz Schubert, Johannes Brahms, Robert Schumann and Richard Wagner. Wolfgang Amadeus Mozart (also recognized as Austrian) was among the composers who created the field of German opera. One of the most famous film score composers is Hans Zimmer. 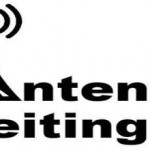 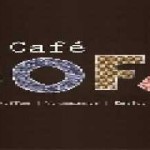