RSA Ostrock is one of the most famous online radio station on Germany. RSA Ostrock with the charm of east and love toward rock music this is a radio that is known for rock hit music non-stop. The radio plays non-stop mix of international rock bands with eastern musical flair. Lots of popular music from German artists are also played at RSA Ostrock. 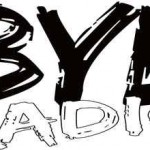