Diesi FM Radio broadcasts both Athens, Greece and international music that varies too from genre to genre. Although their main genre of choice is news, talk, culture. Diesi FM Radio main vision is to play what their listeners will listen or if saying the other way what their listeners would like to listen. As Athens, Greece has its own beautiful tradition of music and culture Diesi FM Radio most of the time tries to play songs and arrange programs thats gonna represent its own tradition of music and culture.

Greek folk traditions are said to derive from the music played by ancient Greeks. There are said to be two musical movements in Greek folk music (παραδοσιακή μουσική): Acritic songs and Klephtic songs. Akritic music comes from the 9th century akrites, or border guards of the Byzantine Empire. Following the end of the Byzantine period, klephtic music arose before the Greek Revolution, developed among the kleftes, warriors who fought against the Ottoman Empire. Klephtic music is monophonic and uses no harmonic accompaniment. Dhimotika tragoudhia are accompanied by clarinets, guitars, tambourines and violins, and include dance music forms like syrtó, kalamatianó, tsámiko and hasaposérviko, as well as vocal music like kléftiko. Many of the earliest recordings were done by Arvanites like Yiorgia Mittaki and Yiorgios Papasidheris. 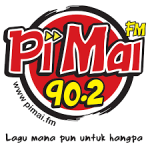