Rebetiko was initially associated with the lower and poor classes, but later reached greater general acceptance as the rough edges of its overt subcultural character were softened and polished. Rebetiko probably originated in the music of the larger Greek cities, most of them coastal, in today’s Greece and Asia Minor. Emerged by the 1920s as the urban folk music of Greek society’s outcasts. The earliest Greek rebetiko singers (refugees, drug-users, criminals and itinerants) were scorned by mainstream society. They sang heartrending tales of drug abuse, prison and violence, usually accompanied by the bouzouki. In 1923, after the population exchange between Greece and Turkey, many ethnic Greeks from Asia Minor fled to Greece as a result of the Greco-Turkish War. They settled in poor neighborhoods in Piraeus, Thessaloniki, and Athens. Many of these immigrants were highly educated, such as songwriter Vangelis Papazoglou, and Panagiotis Toundas, composer and leader of Odeon Records’ Greek subsidiary, who are traditionally considered as the founders of the Smyrna School of Rebetiko. 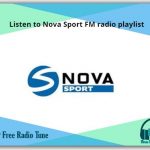