MasTradio is a small non-profit oriented web radio located in New York, USA covering quality sound genres from the Indian subcontinent. A good amount of effort is made to keep the playlists current and focused on genre from Hindi, Urdu, New Age and World. The founder, Raj Yadav runs this station.

The Hindustani music tradition diverged from Carnatic music around the 13th-14th centuries AD. The practice of singing based on notes was popular even from the Vedic times where the hymns in Sama Veda, an ancient religious text, were sung as Samagana and not chanted. Developing a strong and diverse tradition over several centuries, it has contemporary traditions established primarily in India but also in Pakistan and Bangladesh. In contrast to Carnatic music, the other main Indian classical music tradition originating from the South, Hindustani music was not only influenced by ancient Hindu musical traditions, historical Vedic philosophy and native Indian sounds but also enriched by the Persian performance practices of the Mughals. Classical genres are dhrupad, dhamar, khyal, tarana and sadra, and there are also several semi-classical forms.Purandara Dasa is considered the father of Carnatic music, while Tyagaraja, Shyama Shastry and Muthuswami Dikshitar are considered the trinity of Carnatic music. 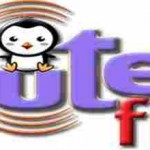