Radio is often called as the theatre of the mind – in India, it enthralled listeners with hit shows like ‘Binaca Geet Mala’and ‘Jai mala’. People sat glued to their radio sets just to listen to these shows and who can forget the voice of radio veteran Ameen Sayani. The history of radio in India stretches way back to the pre-independence days. The Radio Industry has evolved from “Vividh Bharati” to “Radio Mirchi”.

History:
The original avatar of Radio Mirchi was Times FM. Radio Mirchi began operations in 1993 in Indore, Madhya Pradesh. Until 1993, All India Radio or AIR, a government undertaking, was the only radio broadcaster in India. The government then took the initiative to privatize the radio broadcasting sector. It sold airtime blocks on its FM channels in Indore, Hyderabad, Mumbai, Delhi, Kolkata, Visakhapatnam and Goa to private operators, who developed their own program content. The Times Group operated its brand, Times FM, till June 1998. After that, the government decided not to renew contracts given to private operators.

First round of licenses:
In 2000, the government announced the auction of 108 FM frequencies across India. ENIL won the largest number of frequencies, and thus started its operations under the brand name Radio Mirchi.

Second round of licences:
In January 2006, Radio Mirchi purchased 25 frequencies in the second wave of licences that were issued by the Government of India. This pushes the Radio Mirchi presence in 32 centres. In the first wave of launches, Indore was the first city in India having grade of first private radio channel. 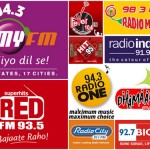 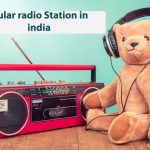 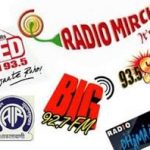