iRadio listener means a lot, the station wants to present themselves as a station listener should be happy of. They build a great unity between the listeners and themselves so that they may have good communication between them and their listeners which will result in a more entertainment rich radio station.

iRadio is a regional radio station in the Republic of Ireland that broadcasts to the north-east, midlands, north-west, and west of the state. The station is one of four regional youth-oriented stations that were licensed by the Broadcasting Authority of Ireland to challenge the current duopoly in the 15 to 34 age bracket for those outside Dublin by national stations RTÉ 2fm and Today FM. It was created by the merger of i102-104FM and i105-107FM in 2011. The station is based in Athlone and broadcasts to 15 counties between the frequencies of 102.1 MHz and 104.4 MHz (96.9 Donegal) in the north-west and 104.7 MHz and 106.7 MHz in the north-east, as well as offering an online stream. 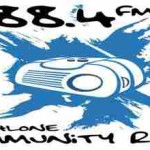