RTE Lyric FM Ireland’s National Classical Music Radio Station. RTE Lyric FM listener means a lot, the station wants to present themselves as a station listeners should be happy of. They build a great unity between the listeners and themselves so that they may have a good communication between them and their listeners which will result in a more entertainment rich radio station. RTE Lyric FM has become a very popular radio station of Ireland in a very short matter of time with their friendly approach towards their listeners.

We encourage listeners of RTÉ lyric fm to leave comments on this page. However, we will review all comments and remove any that we deem inappropriate or offensive. We will leave what you share that relates to the subjects covered on this page. We reserve the right to block users who violate these “House Rules”. Comments posted unless otherwise stated do not represent the opinions of RTÉ Lyric FM or RTÉ.

RTÉ lyric FM developed from FM3 Classical Music, which began broadcasting in November 1984. FM3 broadcast classical music on the RTÉ Raidió Na Gaeltachta network at breakfast time, lunchtime and in the evenings. The station was rarely marketed, except via promotions on RTÉ Radio 1, and had low listenership ratings. It was probably best known for occasionally simulcasting the stereo soundtrack of movies being shown on the RTÉ television channels prior to RTÉ’s deployment of NICAM digital stereo. 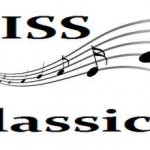 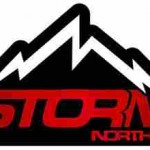