Radio Studio 2000 live broadcasting from Italy. Radio Studio 2000 programming is broadcast 24 hours on 24, with 13 hours of live, from 7:00 to 20:00. The user finds its ideal location in a medium-high target, with news, music, games, dedications and sports turns to meet various needs of the listener. Radio Studio 2000 is one of the most famous online radio station on Italy.

History: Born March 27, 1987 on the initiative of a group of friends who share a passion for the radio today Studio 2000, based in Terralba, is a Co-operative Society that radiates its signal from the province of Oristano, widely covered in the whole province Cagliari, including the regional capital, and to almost all of the province of Nuoro and, marginally, that of Sassari. In confirmation of the good work done in these years, they are certainly interesting to analyze data resulting from listening surveys commissioned from 1995 to Date Average of Milan and reconfirmed in 1996, 1997, 1998, 1999, 2000 and 2001 to more authoritative Audiradio, showing that Studio 2000 has gained a prominent positionin the ratings of its catchment area.

For the near future, Studio 2000 aims to achieve a new goal: the creation of an information center that points the eye on international news, national and especially local, entirely produced by the newspaperregularly filed with the Court of Oristano, and become so timely and accurate point of reference for users. 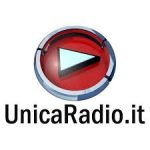