Yugoslavian influence among Albanians in Kosovo was also present in rock music. The first known Albanian rock band was called Blue Star appeared in 1964 in Pristina, later they renamed it to Modestët. In the beginning of the 70’s, rock music stage present in Kosovska Mitrovica, Kosovo  was made of both Serbian and Albanian bands. Some of these bands, like MAK had both Albanian and Serbian musicians. Another bi-ethnic band was FAN also based in Mitrovica.

Pristina was the most important city for Albanian rock music during the 80’s. In the mainstream circles Gjurmët  were among favorites. Their combination of rock with “muzikë qytetare” laid the foundation of Albanian rock. Other known bands that formed during this period were Ilirët, 403, Telex, Seleksioni 039, Minatori and Menkis. On the other hand, the underground music was more leaning towards punk. Most notable underground rock/punk band of Pristina in the 1980s was Lindja with its lead musician Luan Osmani. The beginning of the 90’s introduced other rock bands and individuals that played mainly in Kosovo like Troja, Dardan Shkreli, Blla blla blla and Elita 5. 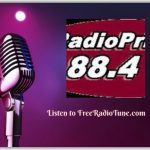 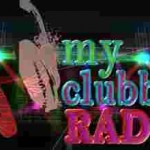