The name Marina basically comes from Marina Mall where the radio station is located, Marina Fm 88.8 Mall is considered one of the entertainment shopping centers in the State of Kuwait. In spite of the fact that Marina is not an original Arabic word, it became slang and it’s locally used on a daily basis. As for the selected frequency 88.8, it was chosen in order to be memorized easily for its simple digits and that’s why it’s also used as the station’s logo and ID.

Marina FM 88.8 is one of the most famous online radio station in Kuwait. Marina FM 88.8 broadcast various kinds of latest news talk pop hits etc. music. Marina FM 88.8 live broadcasting from Kuwait. The studio is considered to be the first of its own in the Middle East, The Studio is located on the second floor of the mall, with a view to the ground floor where it’s easy to see the mall visitors which creates a unique atmosphere compared to the closed studios. It was designed in a modern style equipped with the newest radio techniques in addition to video cameras distributed around the studio to deliver it all on MarinaTV. 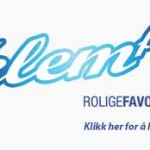 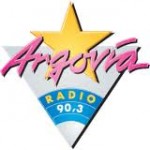