The Beirut Nights are numbers of events that take place from time to time in Beirut, Lebanon. It’s usually active in the summer; however, some other festivals might happen in spring or fall. Beirut Central District has been chosen for many times to hold such occasions whereas others preferred to have their “nights” in exquisite bars and nightclubs. The city is known of its huge crowd from different nationalities participating in these events. Over the years, Beirut witness many concerts or performances that include classical music, dance, theatre, opera, jazz, and modern world music.

The 2000 AFC Asian Cup was also held in Beirut and basically in Camille Chamoun Sports City Stadium which is the most famous in the capital. The National Museum of Beirut is the principal archaeology museum in the country where artistic paintings, statues and Literature are found. The current exhibition numbers 1300 artifacts dating from prehistoric times to the Arab conquest. On 21 May 2008, the opposition ended its sit-in which begun at 1 December 2006 in downtown Beirut; which refreshed the center of the city. 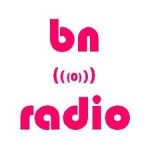 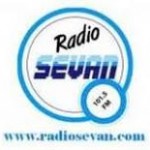