Mix FM is an internet based online radio broadcasting from Beirut, Lebanon. It plays different varieties of music genres which include Top 40/Pop, Euro Hits. Mix FM airs 24 hours a day, 7 days a week, and it can be heard everywhere from offices to shops, from beaches to cars, providing a soundtrack to the lives of the Lebanese. Mix FM provides consistently high-quality programming in order to offer a solid foundation for building relationships with both listeners and advertisers.

Pop music is a genre of popular music that originated in its modern form in the Western world during the 1950s and 1960s, deriving from rock and roll. The terms “popular music” and “pop music” are often used interchangeably, although the former describes all music that is popular.Pop music has been dominated by the American and (from the mid-1960s) British music industries, whose influence has made pop music something of an international monoculture, but most regions and countries have their own form of pop music, sometimes producing local versions of wider trends, and lending them local characteristics. Some of these trends (for example Europop) have had a significant impact of the development of the genre. 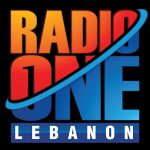 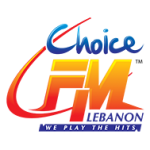