You are listening to one of the most famous Malaysian online radio station Minnal Fm. The station plays all the music you love while striving to keep up with the desires of its listeners. R&B, Soca, Bollywood Hits, selective Chutney, Hip-Hop, and Reggae music can be heard. Minnal radio broadcast 24hours Variety music from their own radio station. Minnal FM lives to broadcast from Kota Bharu, Malaysia.

Tamil language broadcast in Malaysia started in 1938 together with the three other major languages spoken, namely Malay, English, and Mandarin. Initially, the programmes were aired from Singapore, Penang and Kuala Lumpur. A well-known broadcaster Mr Tanjai Thomas supervised Tamil Broadcast from Kuala Lumpur.

During the Japanese occupation in World War II, the broadcast was known as JMPK. T.S. Shanmugam was then the head of Tamil Broadcast. Programmes were then transmitted at the Oriental Building in Mountbatten Road (now Jalan Tun Perak).

When Emergency was declared during the Communist threat in British Malaya in 1948, a special broadcast called ” Emergency ” was aired along with the normal broadcast.

Audience shows were later introduced in 1957 when a programme called Kalappadam made its debut. The format of the programme is retained today because of its popularity. Its first programme was broadcast from KL Town Hall (now Dewan Bandaraya Kuala Lumpur). In September 1957, a special stage programme dedicated to Bapa Malaysia Tunku Abdul Rahman was held in Taman Tasik Perdana, Kuala Lumpur as part of the celebrations of Malaysia’s independence. The news bulletins were then aired from Singapore, while programmes such as regional news, classical music, radio plays were produced in Kuala Lumpur and Penang. 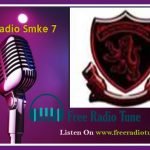