Through Red FM Malaysia programs, strengthening the role of RTM cohesion through the use of the Malay language. In addition to providing education and entertainment, RTM is entrusted to provide timely and detailed information about government policies and disseminate important information to all levels of society.

The radio station originates back to 1949 as Rediffusion Malaysia by the first commercial cable-transmitted radio stations. In 1989, the Arab-Malaysian Group acquired a 49%-stake in Rediffusion. It changed its name to Rediffusion Cable Network in 1991. In 1996, FM transmission was launched as a trilingual service. In December 1997, Red FM Malaysia was relaunched as a full-fledged Chinese radio station, ending the monopoly of the government-owned Radio 5 (now Ai FM) as the only Chinese radio station in Malaysia. The frequency of Rediffusion was changed to 91.5 FM, immediately, and it became a bilingual radio service. By the end of the year, cable transmission ceased. In 1999, the frequency was changed to 104.9 FM, but 91.5 FM was not taken over by any radio station, until 2001, when IKIM.FM (Malaysia’s Islamic radio station) takes over the previous FM slot and began broadcasting. In 2003, Red FM Malaysia was acquired by Star Media Group Berhad The current reincarnation was in 2008, when it dropped the 104.9 in the RED 104.9 FM, to become Red FM Malaysia only. 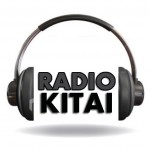 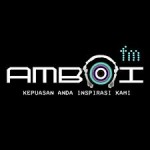