News is packaged information about current events happening somewhere else; or, alternatively, the news is that which the news industry sells. News moves through many different media, based on word of mouth, printing, postal systems, broadcasting, and electronic communication. 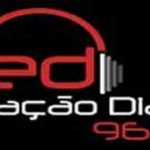