Radio Plus is a private radio station owned and broadcast by Defimedia group, a leading company in Media and Communication in Mauritius. It starts operation in 2004 with a Private Commercial Free to Air FM Radio Broadcasting Licence issued by the Independent Broadcasting Authority- Mauritius.

Radio Plus ‘s slogan is “Ecoute ou Pou tende” (English: Listen you will hear, French: Ecoutez vous allez entendre). It is ranked as the No. 1 Radio Station in Mauritius and innovate frequently its programming programs to bring freshness to the Mauritian audience.

The complaint concerned a broadcast made on 3 October 2012 in the news bulletin of the respondent at 7:00 am.

During the Municipal Elections 2012, Radio Plus along with other 2 radio stations, Radio one and Top Fm, received a letter by the Independent Broadcasting Authority listing directives to follow the rules and regulations they were to follow during the mentioned period. The Chairman of IBA accused Top Fm of suspected breaches, penalising the other two private stations in an interview in le Defi Quotidien but the decision was challenged as Top FM stated that they had so far communicated all and requested the IBA to withdraw the new directives so that Radio Plus and Radio one could continue their phone-in programs. 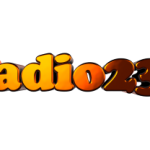 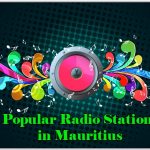