4Allsounds is an idea by Peter Boer and therefore part of AudioTron .

4Allsounds is different than any other channel also, if you are thinking of a DJ for parties and you will hear a different sound here, in the country music that I might never turn you right here expect.

Why 4Allsounds ?: Just because you can, because I like to also let people hear this music. Not just the big hits that are rotated throughout all but those best bits of the 60s until today. Which also include country and pop songs and music we heard earlier on the pirate. This creates a sound where there is something for everyone to come along, here is originated the name …. 4Allsounds for anyone for any sound. 4Allsounds official website address is www.djpeterboer.nl/4allsounds.

The Netherlands has multiple musical traditions. Contemporary Dutch popular music (Nederpop) is heavily influenced by music styles that emerged in the 1950s, in the United Kingdom and United States. The style is sung in both Dutch and English. Some of the latter exponents, such as Golden Earring and Shocking Blue, have attained worldwide fame.Dutch techno, hardstyle, gabber, trance and other styles in electronic dance music conquered the world. Most of the best-known DJs in the EDM scene (and the world) hail from the Netherlands, including Tiësto, Armin van Buuren, Ferry Corsten, Sander van Doorn, Fedde le Grand, Hardwell, Showtek and Afrojack; all of whom consistently rank high in the DJ Mag Top 100 DJs and other rankings. The Amsterdam dance event (ADE) is the world’s leading electronic music conference and the biggest club festival for the many electronic subgenres on the planet. These artists also contribute significantly to the mainstream pop music played over the airwaves all around the world, as they frequently collaborate and produce for many notable artists.

More traditional Dutch music however is a genre known as “Levenslied”, meaning Song of/about life. These songs have catchy, simple rhythms and melodies, and are always built up on couplets and refrains. Themes are often sentimental and include love, death and loneliness. Traditional Dutch musical instruments such as the accordion and the barrel organ are essential to levenslied, though in recent years many levenslied-artists also use synthesizers and guitars. Artists in this genre include Koos Alberts and the late André Hazes and Willy Alberti.

Also hip-hop in the Dutch language (nederhop) is very popular in the Netherlands and Belgium. 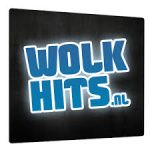 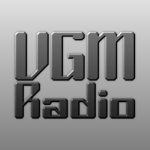