Radio Nano provides twenty four hour (24h) mix of several genres and styles of music. Radio Nano broadcasting from Norway plays mostly the popular contemporary hits. So those who are fans of these short of music can tune in to Radio Nano at any given time of the day and will be pleased to enjoy the very beautifully arranged playlists mostly all of them are based on contemporary music.

AC radio stations may play mainstream music, but they will exclude hip hop, dance tracks, hard rock, and some forms of teen pop, as they are less popular amongst the target demographic of these radio stations, which is intended for an adult audience. AC radio often targets the 25–44 age group,the demographic that has received the most attention from advertisers since the 1960s. A common practice in recent years is that many adult contemporary stations play less newer music because they also give ample airtime to hits of the past, so the de-emphasis on new songs slows the progression of the AC chart. 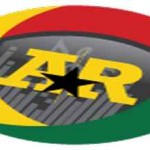