Radio Rox broadcasts a diverse range of locally and nationally produced programs, both music and spoken word, in hi-fi stereo. Radio Rox broadcasters believe in providing real music variety, so listeners can enjoy a vast catalogue of known and unknown tracks, from Country to Dance, Hip-Hop to Classical, Jazz to Alternative, Rock to Folk, Blues to Ethnic, and much more.

Hip hop is simultaneously a new and old phenomenon; the importance of sampling to the art form means that much of the culture has revolved around the idea of updating classic recordings, attitudes, and experiences for modern audiences—called “flipping” within the culture. It follows in the footsteps of earlier American musical genres such asblues, salsa, jazz, rag-time, and rock and roll in having become one of the most practiced genres of music in existence worldwide, and also takes additional inspiration regularly from soul music, funk, and rhythm and blues. 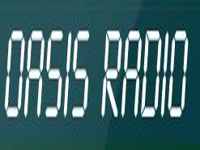